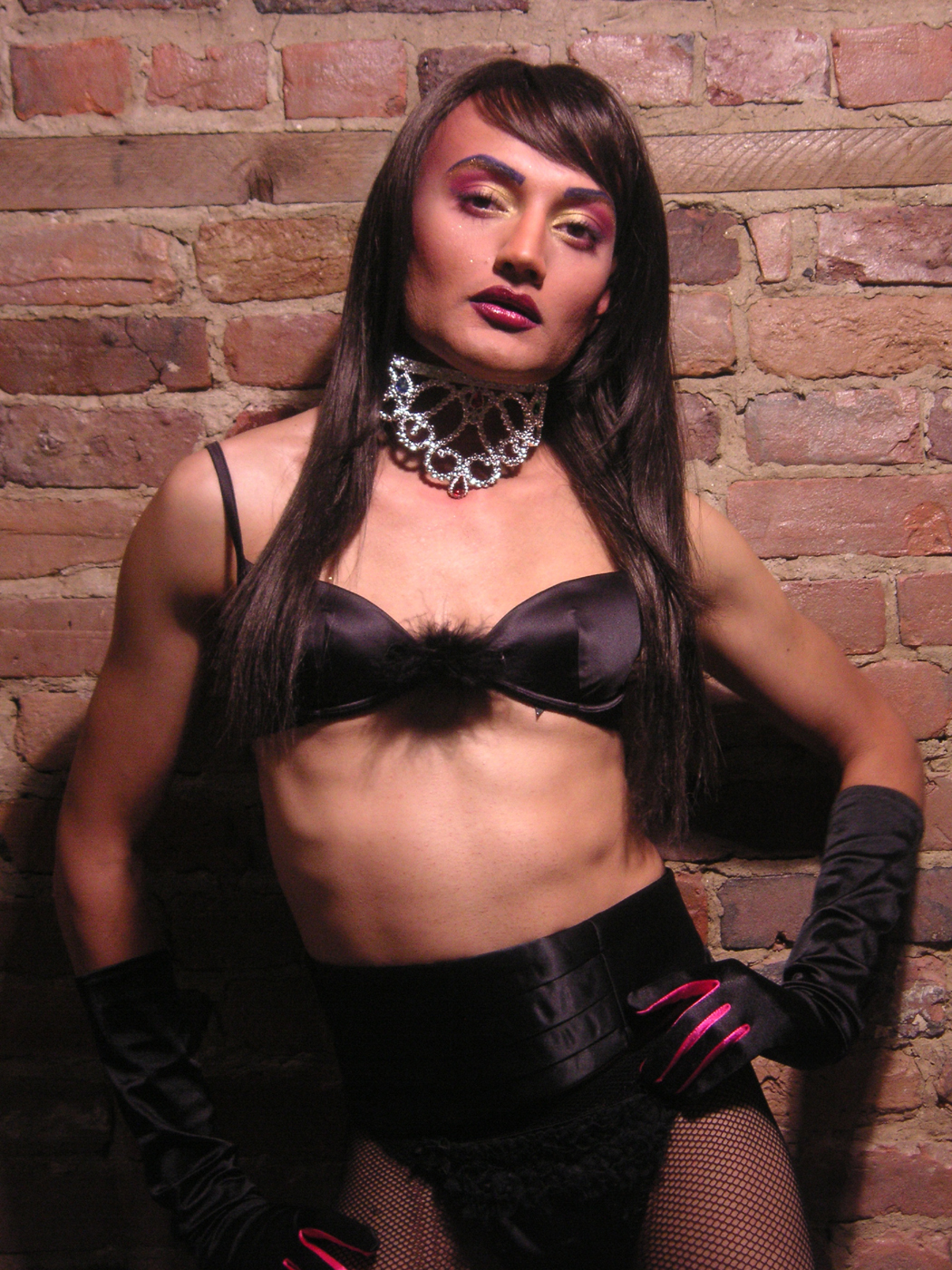 Tranietronic made a sultry splash in the summer of 2004 during the Montreal’s Divers/cite Pride Festival. She followed her success by performing at many venues in Montreal since then. The Transmission Album was released in 2009 and is now being followed by a new ep Transgression inspired by a recent unpleasant encounter with a thief via an online dating site/app and an album of eight songs of grieving titled Eight which will be released on halloween 2018 to mark the 2nd death anniversary of Atif’s father.

Atif Siddiqi studied fashion design in Los Angeles and video production/performance in Montreal where he lives currently. His performances/videos combine elements of the audiovisual arts with fashion, and have screened internationally. His work revolves around identity issues, gender politics and notions of personal transformation and metamorphosis by incorporating elements of symbolism and iconography.