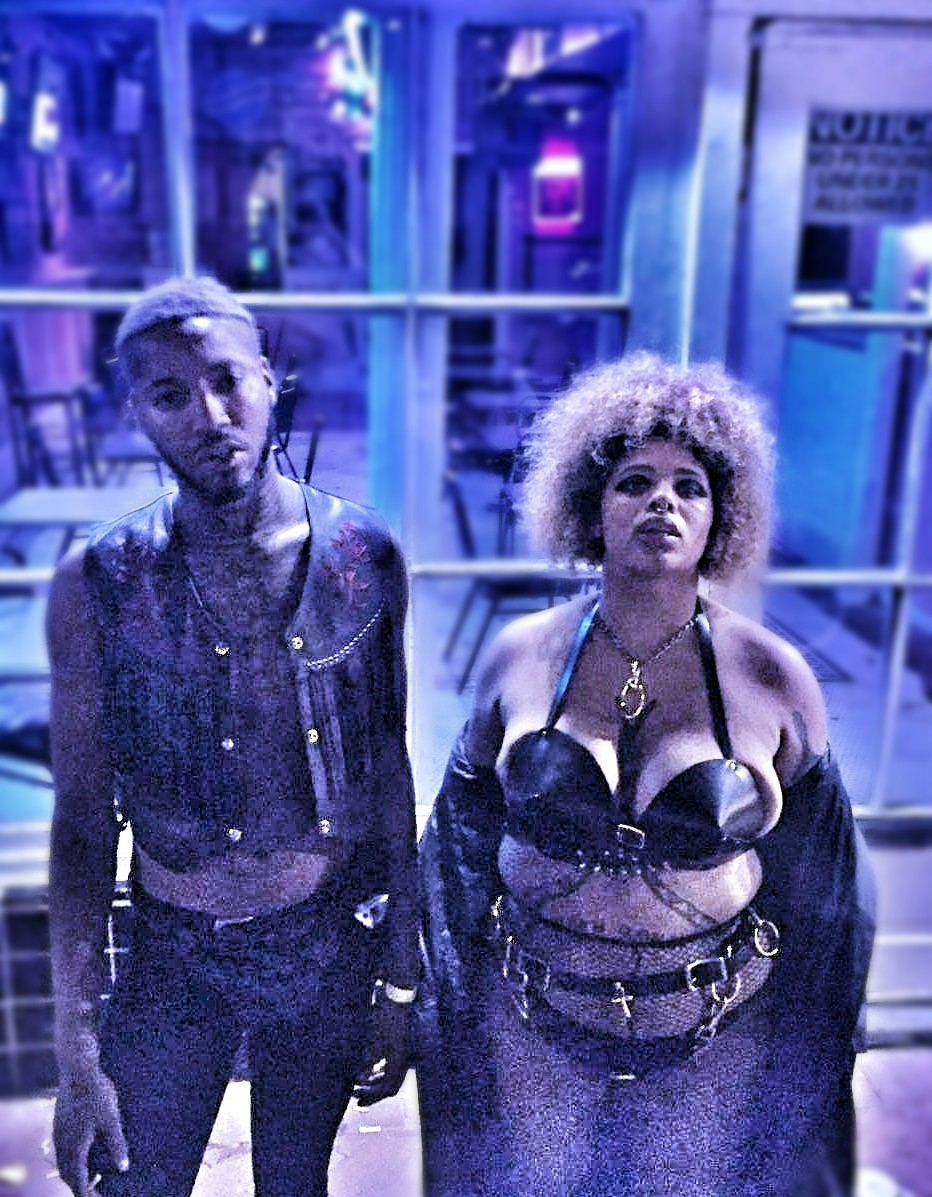 SKANTCH
-noun; a combination of the words skank and bitch. Used frequently to describe someone of extreme, trashy, shunful behavior.

Skantch is a Rhythmic Noise Duo created by siblings, Alli Logout and Juicebox. Giving blackness a voice by blending performance, movement and sinful melodies. Alli, is a film maker, and in two other music projects called Special Interest and Lassie. Juicebox is also a filmmaker and frontgurl for Short Torso. Both of them are 2 of the 3 co-founders of Bootyhole Studios; a studio whose mission is to create space for marginalized folks can create art.

Skantch will be performing on Friday, July 27th at Le Ritz P.D.B.