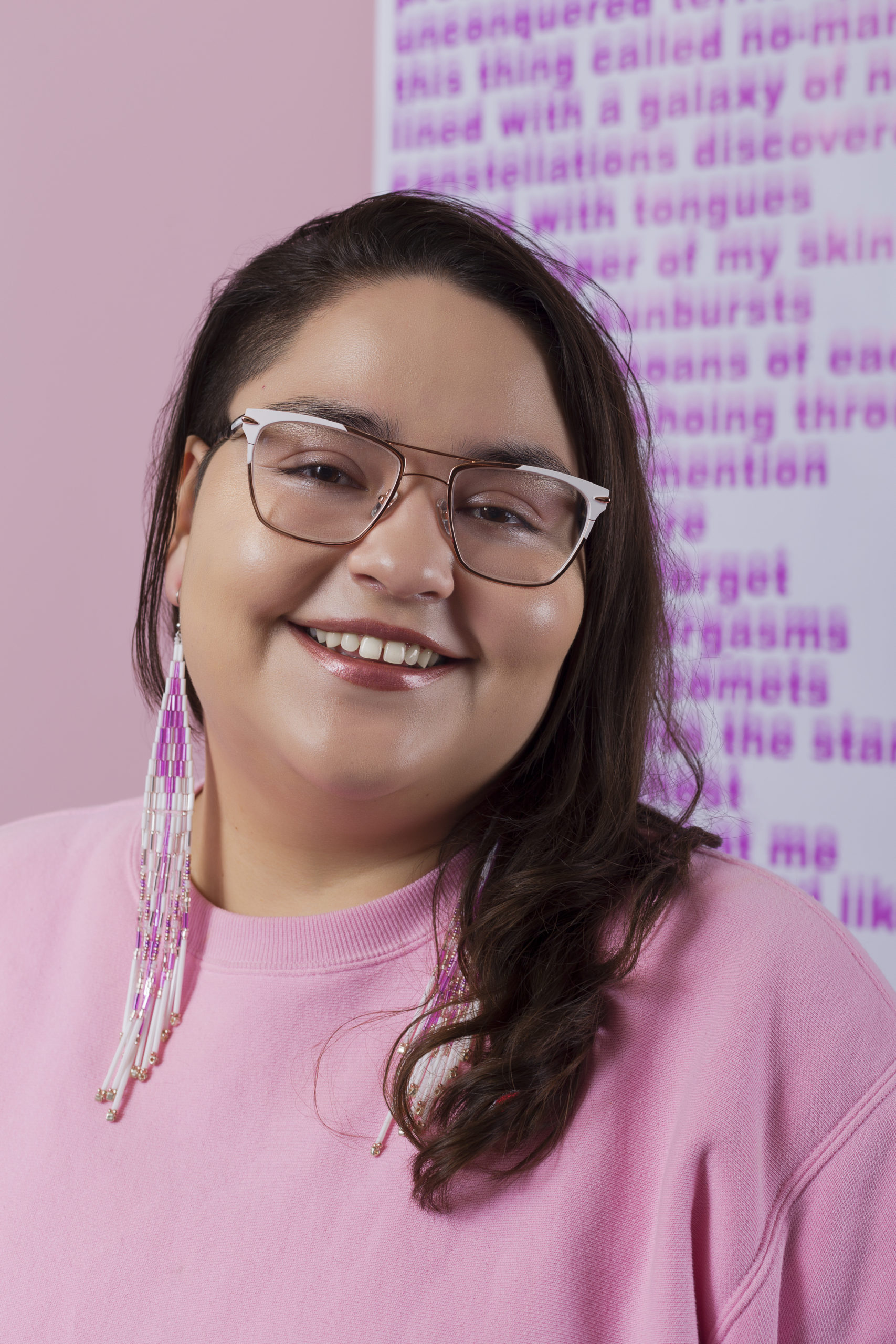 Lindsay Nixon is a Toronto-based Cree-Métis-Saulteaux SSHRC doctoral scholarship recipient, a McGill University Art History Ph.D. candidate, and an assistant professor in Ryerson University’s Department of English. They previously held the position of Editor-at-Large for Canadian Art and twice served as the Arts and Literary Summit programmer for MagNet. Nixon’s first book nîtisânak (Metonymy Press, 2018) won the prestigious 2019 Dayne Ogilive Prize and a 2019 Quebec Writer’s Federation first book prize, and has been nominated for a Lambda Literary Award and an Indigenous Voices Literary Award. Nixon is the co-founder of gijiit: a curatorial collective that focuses on community-engaged Indigenous art curations, gatherings, and research dealing with themes of gender, sex, and sexuality. They are a REVEAL Indigenous Art Award recipient, and have been awarded national Magazine Awards in the Essay category for “Stories Not Told” and in the Best-Editorial Package category for “#MeToo and the Secrets Indigenous Women Keep.” For their work as lead editor for the summer 2017 issue of Canadian Art, an issue on the theme of “Kinship,” they were also nominated for a National Magazine Award in the “Best Editorial Package” category. Nixon’s writing has appeared in The Walrus, Malahat Review, Room, GUTS, esse, Teen Vogue, CV2/Prairie Fire, The New Inquiry and other publications.